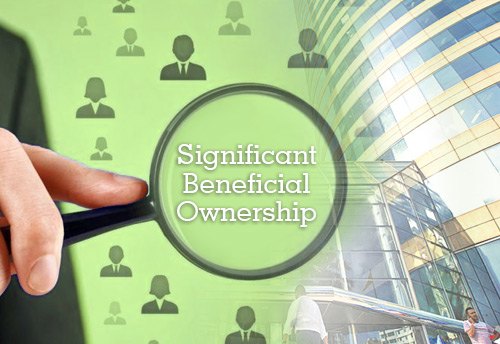 New Delhi, Feb 19 (KNN) The Ministry of Corporate Affairs (MCA) has amended the Significant Beneficial Ownership (SBO) rules for companies under the Companies Act, 2013 which would now help identify entities that might be controlled from outside the country,

It has been titled the new amended SBO rules as Companies (Significant Beneficial Owners) Amendment Rules, 2019.

The amendment rules provides a new definition of SBO, according to which an individual as SBO is now based on direct and indirect holding of right or entitlement in the reporting entity.

In its notification, MCA said that every individual, who acting alone or together, or through one or more persons or trust, possesses one or more of the following rights or entitlements in a reporting company shall be deemed to be a SBO:

- holds indirectly, or together with any direct holdings, not less than 10% of the shares;

- holds indirectly, or together with any direct holdings, not less than 10% of the voting rights in the shares;

- has the right to receive or participate (by virtue of their indirect and/or direct holdings) in not less than 10% of the total distributable dividend or any other distribution; or

- has the right to exercise, or actually exercises, significant influence or control (through their indirect holdings only) over the reporting company.

In addition, the new SBO rules also lay down comprehensive criteria for the determination of an individual's indirect holdings in the reporting company for the purpose of determining whether or not an individual is an SBO.