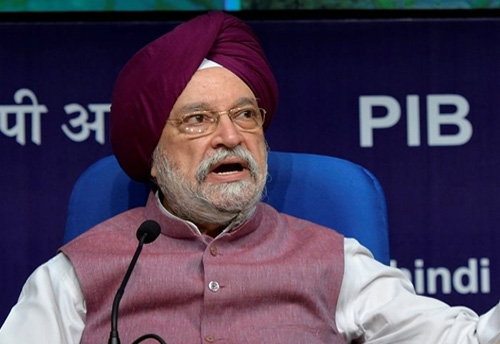 ''The engineering sector, that employs 40 lakh workers, to get abreast with global engineering standards and adopt new technology to upgrade their core efficiency and improve their competency and achieve cost competitiveness,'' said the Minister during an event organised by Engineering Export Promotion Council (EEPC) India.

He exhorted the engineering industries to establish smart factories for optimum use of land, labour and capital.

Puri also gave away the Engineering Export Promotion Awards (EEPC) for the year 2017-2018 and congratulated EEPC for completing 50 years of rewarding exporters and for reaching a record high exports of USD 76 billion in 2017-18 and USD 87 billion in 2018-19. He hoped that by next year India's engineering exports will reach the target of USD 1 trillion.

The MoS further said that since fifty-five percent of EEPC India members are Micro Small and Medium Enterprises (MSMEs), they must also strategize to upgrade their technology and production profile in order to enter the global value chain.

Puri further informed the gathering about all the measures taken by the Government of India and the Department of Commerce and the Directorate General of Foreign Trade (DGFT) to simplify, bring in greater transparency in the export procedures and enhanced credit and insurance to exporters. The DGFT has put in place a fully electronic refund module and an online filing and issuance of a preferential certificate of origin.

A web portal of industrial schemes of different Ministries of the Government of India is also available to the engineering industries and the NIRVIK scheme has been announced to ensure enhanced loan availability for exporters.

The Minister also urged exporters to tap emerging markets like Africa, the CIS countries, countries of Latin America and the GCC and Mexico and thereby ensure that by 2025 India's engineering exports will reach a target of USD 200 billion.

This year EEPC celebrates and completes 50 years of rewarding exporters and 111 winners were given national awards for 2017-18 across 8 categories in over 32 product panels. This year, for the first time, Quality Control of India (QCI) has been invited to evaluate EEPC member companies and EEPC India-QCI Quality awards were given away to 7 winners.

Additional Secretary, Department of Commerce, Bhupinder Singh Bhalla, representatives of several industry and the award winners were present on the occasion.