SIDM to collaborate with government to facilitate growth of defence industry 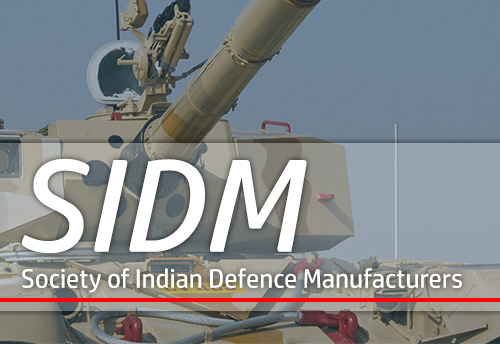 SIDM to collaborate with government to facilitate growth of defence industry

New Delhi, June 22 (KNN) Society of Indian Defence Manufacturers (SIDM) would work closely with the state government towards enabling the growth of defence industry and collaborate with experts from the armed forces, academia and the defence industry to optimize the industry’s development capabilities, said Director General of SIDM Lt General Subrata Saha.

He was speaking at the inaugural session of a seminar on ‘Opportunities in Defence and Aerospace’ organized jointly by the Confederation of Indian Industry (CII) and SIDM in partnership with Andhra Pradesh Economic Development Board.

He said that the SIDM would provide an array of services to its members, including policy and progress advocacy, policy and market research, access to emerging technologies and new opportunities, promoting indigenization and innovation, export promotion, education and skill development.

SIDM's aim is to catalyze the Indian defence industry to effectively contribute to India’s national security and become a trustworthy global partner, he added.

Further, he said that the SIDM has been keenly working on the emerging technologies and innovations and works with countries looking for a single body to facilitate B2B connect and facilitates collaboration between MSMEs to help them function as clusters.

In his address, Vice-Admiral Karambir Singh, Flag Officer Commanding in Chief, Eastern Naval Command, said that MSMEs would have a major role in the growth of the ship building industry and the future Navy.

The Navy serves as a platform for technologies to operate in six dimensions such as air, sea, underwater, land, cyber and space. This opens up a pool of opportunities for the industry, he added.

The sector has tremendous potential to generate upstream and downstream investment opportunities and foster innovation and growth. It aims to attract at least four anchor units and at least 10 per cent of all offset obligations discharged by companies in India, he added.