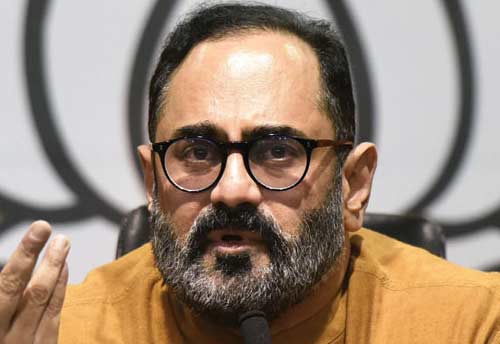 Arrived in Ahmedabad on a three-day visit to Gujarat, the minister stated that the next wave of startup will come from tier-2 and tier-3 cities.

Highlighting the creation of more than one lakh start-ups of which 100 are unicorns, he said, “People used to think that United States or Western Europe was the number one innovation economy. But in the last three years, India has shown the world that it has the maximum number of unicorns, innovations, investments and companies.”

He further said that the government’s focus is to see that startups are formed in tier-2 and tier-3 cities, as 95 per cent unicorns are in

The minister also said that in the coming days the demand for skilled talent is going to be huge.  (KNN Bureau)