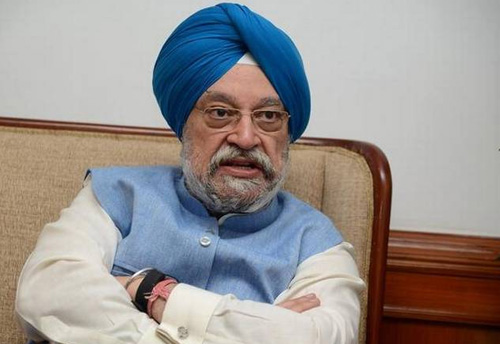 New Delhi, Aug 13 (KNN) The Confederation of All India Traders (CAIT) sent a memorandum to the Union Urban Development Minister Hardeep Puri, urging him to dissolve the monitoring committee set up by the Supreme Court on sealing.

Secretary General of CAIT, Praveen Khandelwal said that the Supreme Court has already constituted a special task force headed by the Vice Chairman of the DDA, there is no longer any justification to continue with the Monitoring Committee and hence this 13 year old committee should be abolished by the Supreme Court.

He also urged Puri that the government should immediately bring an amnesty scheme under which as on 31st December 2018, whatever has been built should be regularized and in lieu of the same the Government may impose a reasonable regularization charges.

Meanwhile, the shops which have been sealed and covered in the amendments made by the government to the master plan, should be de-sealed immediately. The Monitoring Committee is not even opening the seal of such shops due to its obstinate attitude, he added.

Khandelwal said that the Monitoring Committee has never followed the Delhi Municipal Corporation Act 1957 in the last 13 years and has taken arbitrary decisions thereby conducted various sealing which many not be legally valid and as a result has greatly affected Delhi's business and industry There is an atmosphere of terror.

The job of the monitoring committee is only to see whether the orders of the Supreme Court are being followed by the various government departments or not and report to the Supreme Court, said CAIT.

The Monitoring Committee cannot make any rules or laws on its will and pleasures but it has made its own rules and has taken unilateral decisions on its own which are beyond its jurisdiction.