CICU to hold interactive session with PF Commissioner in Ludhiana 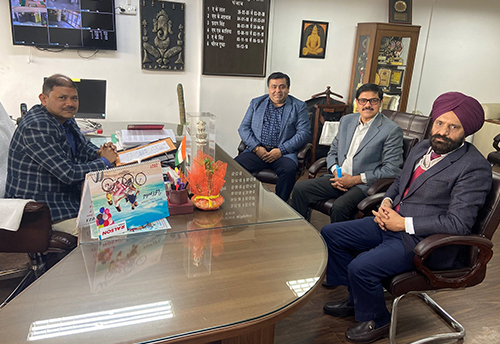 CICU to hold interactive session with PF Commissioner in Ludhiana

During the meet, Upkar Singh Ahuja, President (CICU), pointed out various issues being faced by the industry as it is passing through turbulent time and many MSME’s are at the verge of closure. He also emphasized that in Punjab, especially Ludhiana was one of the most affected districts by Covid-19 which led to huge losses for the industry.

Pankaj Sharma, General Secretary (CICU) stressed on the dire need of revival of Industry, as slowdown in industrial output has not only impacted the entrepreneurs but has also affected the livelihood of millions of workers working in the industry.

Eventually, Dheeraj Gupta gave an assurance to the CICU delegation for maximum assistance and extended his full support.

''A special interactive session with industry will be held shortly to create awareness of new initiatives taken by EPF department,'' he said.

Gupta further said the EPF department is working tremendously on the industry related issues and new upgraded systems are being adopted for speedy resolution of any PF related issues.