Delhi to soon have its first bamboo park along Yamuna floodplain 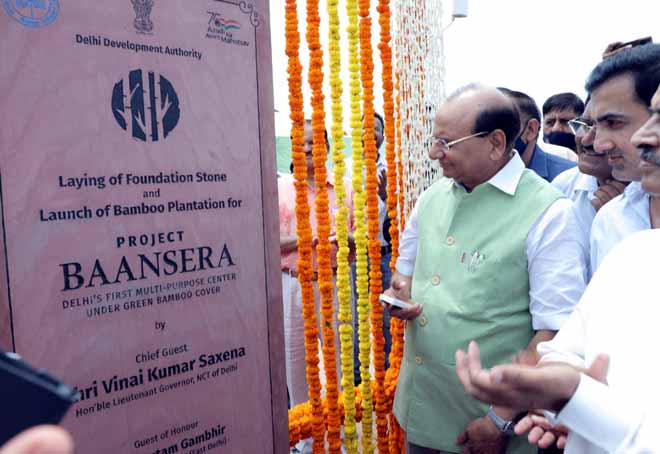 Delhi to soon have its first bamboo park along Yamuna floodplain

The bamboo park will be spread across 10 hectares on the western bank near the Delhi-Meerut Expressway. There will also be other bamboo related amenities such as kiosks, huts, a watchtower and seats for public use in the greenway area of the park.

“Over 20,000 special varieties of bamboo saplings that have been procured from Assam will be planted at the park. It aims at expanding the “much needed public spaces” in the Capital and to ensure that “the rich biodiversity of the floodplain is preserved and maintained,” Delhi development authority said in a press note.

The foundation stone for the park was laid down by Lieutenant-Governor V.K. Saxena on Tuesday.

Speaking at the ceremony, Saxena said “entire area has been categorised into two parts, the bamboo recreation, primarily in the greenway zone and bamboo plantation along with other riverine plantations.”

As per reports, 2.5-hectare depression has been developed into a live water body at the project site. Works for the same have been completed and the waterbody will be a part of Baanser.

Even before the completion of the project, the park has come under scrutiny. The All India Central Council of Trade Unions (AICCTU) Delhi’s unit has called for a protest on Wednesday stating that slum dwellers were removed from the stretch where the project is set to be executed.

The concerned authorities have not set any deadline for the completion of the project. (KNN Bureau)