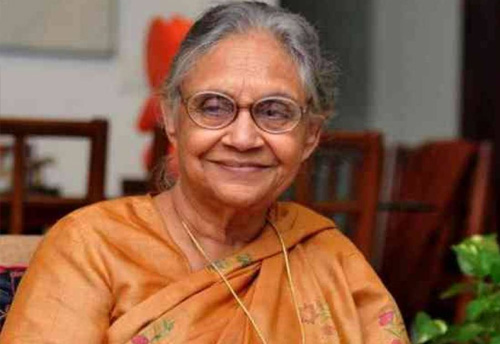 She was ill for a long time and was admitted in a city hospital today where she died around 3:30 PM.

She was an Indian politician who was the longest-serving Chief Minister of Delhi. She served Delhi as CM for three consecutive times, 15 years from 1998 to 2013.

In December 2013 elections to the Delhi Legislative Assembly, Dikshit was defeated in New Delhi constituency by Aam Aadmi Party leader Arvind Kejriwal, who replaced her as from the seat of Chief Minister.

President of Federation of Indian Micro and Small & Medium Enterprises (FISME), Animesh Saxena expressed his condolences for her death.

He said, “She was the one who developed this city very well. She made a lot of efforts in shaping Delhi effectively. However, Delhi is not a state but through her leadership of 15 years, the city has grown up well in terms of infrastructure. Keeping the political side behind, she was an effective administration.”

Congress on its twitter handle gave condolences to her family and friends.

She transformed the face of Delhi in her tenure of three times as CM, the party said.