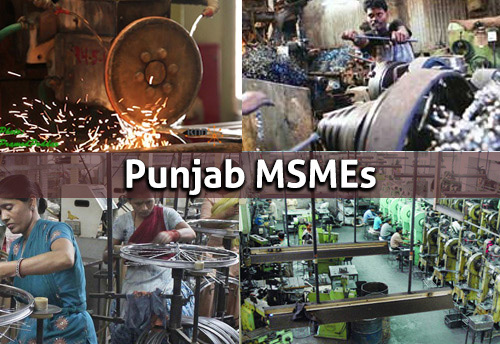 The President of FOPSIA, Badish Jindal said “The government is slowly killing the MSME sector on the lines of Europe and USA so that the large scale companies can grow in India.”

He pointed that the government is creating anti-MSME policies to kill the sector and due to recession, several small manufacturers and traders in India are committing suicide. But these suicides have no impact on governments anti MSME policies.

He mentioned “In Punjab during last two years hundreds traders and industrialists committed suicides due to financial illness but their voice is unheard by the government.”

In India, 6.5 crore MSME’s are giving employment to 12 Million families and contribution 45% in manufacturing and 40% in exports. But the fact is that government is creating anti MSME policies to kill this sector.

Jindal asserted that the MSMEs are buying the steel at Rs 1000 per ton to Rs 2000 per ton more than the cost to large scale units. The Public Sector Companies like SAIL and Rashtriya Ispat are giving a discount of Rs 1000 per mt to Rs 1500 per mt to large companies based on their purchased quantity.

To fully kill this sector the central government stopped the JPC policy in 2018 in which the state small industry corporations such as PSIEC or NSIC were supplying the material to the small units at par with the large units.

But after the cancellation of JPC rebate, the small consumers will have to close down their factories very shortly. The oil companies are also giving heavy discounts to the large scale consumers on bulk buying.

Even the small companies consuming plastic are purchasing their material @ Rs 3000 per ton to Rs 5000 per ton costlier as compare to large scale units.

The story of knitwear sector is not different in which the large have to option to buy bulk purchases from inside or outside countries, said President of FOPSIA.

He stated that the interest rates of MSMEs are three time higher than the large companies. Even there is a huge disparity in settling the NPA’s of large and MSME’s.

Also, he pointed that the very important subsidy schemes such as Credit Linked Capital Subsidy Scheme (CLCSS) were dropped and many schemes were amended in a way which remains unfit for MSME’s.

The Modi government which was once the strong opposer of FDI in retail brought 100% FDI in retails during their tenure which impacted the small traders and resulted in heavy unemployment, he added.