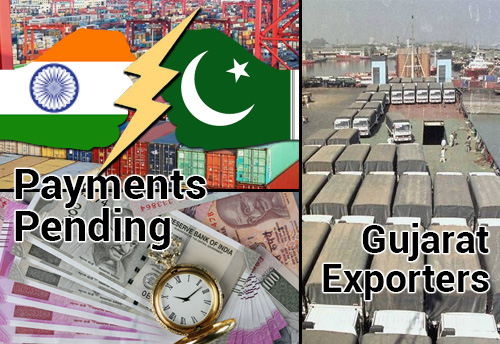 Ahmedabad, Aug 9 (KNN) The relation between India and Pakistan has turned sour as Pakistan Prime Minister Imran Khan, in response to the Narendra Modi government's move to abrogate Article 370, decided to downgrade diplomatic ties with India and suspend bilateral trade.

Though the move will hit Pakistan more badly as India is less dependent on Pakistan while latter is more, but the pending payments from the Pakistan’s side to Ahmedabad’s Chemical exporters is a matter of concern, according to Gujarat Dyestuff Manufacturers’ Association.

Speaking with KNN India, Executive Secretary of GDMA, Manubhai said “There is no issue with the suspension of trade as the move is expected to hurt Pakistan more than India but the supplies that we have already made on credit to Pakistan is a big issue as the pending amount is around Rs 1000 crores.”

He explained that the supplies of dyes and inorganic chemicals that are exported from India to Pakistan is generally made on 3-4 months credit basis. The supplies that are already exported to Pakistan on credit is still pending and after the suspension of trade, banks have stopped all the transactions.

He said “We support our Indian Government but we also request the Government to find some solution of this problem as the amount struck is quite large.”

Speaking on the matter, President of GDMA, Yogesh D. Paikh said that exporters are worried about their pending payments. They are not even sure that whether they will get their payment back or not.

He said, “We don’t know the exact intentions of Pakistan and the struck amount is quite large. On non-receiving of payments the loss will be huge to the exporters.”

Requesting Government to extend help to the exporters over this matter, President of the Association said “Trade suspension wouldn’t have much impact on the India’s overall trade performance.”