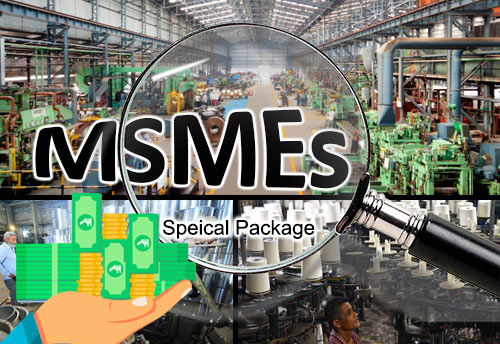 Around 20 lakh people working in 8.75 lakh MSMEs are on the verge of losing their jobs due to the second wave of COVID-19 that has forced 20 per cent of the MSMEs to shut down in the last year, the industry association said.

Speaking to media persons on Tuesday, KASSIA president K B Arasappa said that the centre has not announced a financial package for the MSMEs while the relief measures announced by the state government are not sufficient.

''Even after the relaxation in the lockdown restrictions, the MSMEs are finding it difficult to continue their operations and many of them are on the verge of closure,'' he added.

He said that the government allowed MSMEs to operate with 50 per cent staff strength, but transportation arrangements are still not done properly and many employees are finding it difficult to return to work adding, ''Only around 30 per cent of the staff are working now.

To ensure more workers at the workplace, Arasappa appealed to the state government to launch a vaccination drive for people working in MSMEs at district and taluk level.

“We, in association with our 127 associations affiliated with KASSIA, will extend support to implement the vaccination programme for MSMEs workers,’’ he said.

The association also demanded supportive measures for MSMEs such as waiver of interest on term loans for April to July, six months’ time for repaying current loan dues, soft loans at 6 per cent, reducing TDS by 50 per cent on all slabs to ease working capital scarcity, repealing limit of 50 per cent staff on small industries as they generally employ only 5-10 employees, cutting petrol and diesel prices and bringing it under GST, and setting up price control commission for moderating the price of steel and other raw materials.

KASSIA also appealed to the state government to extend the time for payment of electricity charges for April to June without interest and penalty and to roll back the latest power hike of 30 paise per unit and postpone property tax payment or reduce it by 50 per cent.