PPCB is responsible for closure of leather MSMEs in Jalandhar, says FOPSIA president 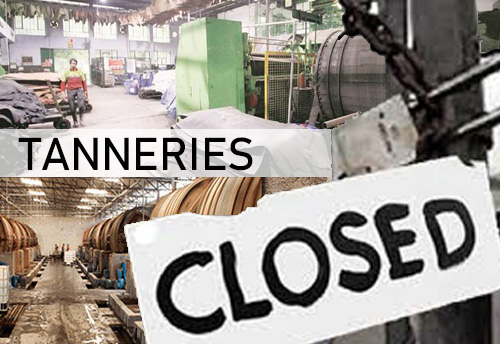 PPCB is responsible for closure of leather MSMEs in Jalandhar, says FOPSIA president

Jalandhar, Oct 31 (KNN) The Federation of Punjab Small Industries Associations (FOPSIA) President Badish Jindal said that Common Effluent Treatment Plant (CETP) project hasn't been implemented on time in the city and people were allowed to set up industries without CETP.

FOPSIA president said this after the Punjab and Haryana High Court on Wednesday ordered shutting down of all tanneries working in Jalandhar’s Leather Complex till they conform to norms for emission or discharge of environmental pollutants.

While speaking to KNN India, Jindal said, ''The CETP hasn't been implemented on time. The Punjab pollution department is a 'pollutant department' as there is a lot of corruption. They allowed people to set up tanneries without CETP with a motive to earn under the table.''

''Now, when the concerned departments took a notice of these things, they decided to shut it down. Here we have 50 years old cluster but till today authorities have failed to install CETP. Somehow, the Punjab Pollution Control Board (PPCB) is responsible for that.'' he added.

While answering a question over the violation of rule and regulations from tanneries end, he said, ''Of course these things happen, if you don't see CETP implemented than these things will occur.''

''We are requesting the government to come up as soon as possible to set up the CETP there. In the mean time they are going to approach the court, following the rules they should be allow to continue, he said while replying to a question that what action would be taken from your side following this order.

Jindal further said that there might be 100 industries which will be  affected but indirectly there will more than thousand industries because there is a huge cluster of leather here in the state.

“The Jalandhar police commissioner is also directed to render police assistance to the Punjab Pollution Control Board’s (PPCB) regional office to close all leather tanneries,” the division bench of Justices Rajiv Sharma and Harinder Singh Sidhu said in an order released on Wednesday.

“All tanneries working in the Leather Complex, Jalandhar, are ordered to be shut down till they conform to Schedule-1 (16) of the Environment (Protection) Rules, 1986, and the Water (Prevention and Control of Pollution) Act, 1974, till further orders,” the division bench said.

The order was passed after PPCB conceded before the high court that the leather tanneries and CETP are not conforming to the norms and guidelines prescribed in Item No. 16 of the Environment (Protection) Act, 1986 and Water (Prevention and Control of Pollution) Act, 1974.