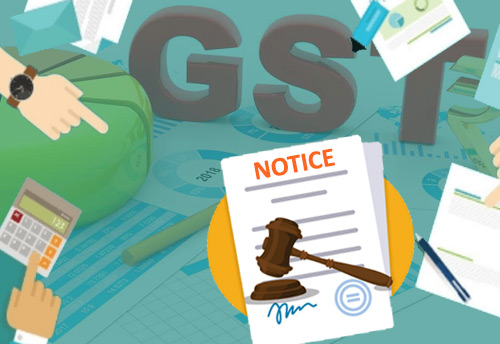 The All India Trade Forum (AITF) president Badish Jindal in his letter to Captain Singh said, ''recently the department of the SGST issued notices to 54,769 entrepreneurs for the assessment of their VAT cases for the year 2013-14. In these cases, 23,277 notices issued by the Ludhiana office of the SGST (11309 District I, 5967 District II & 6001 District III), 14,208 notices issued in Jalandhar and 6,249 notices for assessment are issued by the Amritsar SGST office. Besides, two notices of 14,383 and 14,333 cases are separately issued by the department for the assessment of VAT cases.''

It is almost more than three years since VAT was abolished in the state and these notices are fr0m 2013-14, which are about seven years old. It is indeed shocking to see the quantum of notices issued by the department issued without any logic.

He further said that the total number of VAT assesses in the state was around 1,30,000, so the department issued assessment notices to more than 60 per cent of the total assesses of the state. There is no criteria fixed for the selection of cases and it seems that the only purpose behind the assessment is the vested interest of the department.

“The department has fully failed to prevent the state fr0m bogus transactions even with the online return filing systems under VAT and at that time the invoices were also online, which were called E-Trips. Now it is feared that after seven years, the department may harass the innocent assesses on the name of assessments,” alleged Jindal.

On January 31, 2015, the then Excise and Taxation Minister had issued the orders for the exemption of the assessment of the companies having turnover of less than Rs 1 crore. The purpose was to catch the big fish and to save the industry fr0m the harassment and corruption of the VAT department. It is really shocking to see that in the new selection of the assessment, 90 per cent of the cases are below the limit of 1 crore.

“It may prove to be more harassment to the small assesses than to bring the revenue to the exchequer,” said the AITF president.

Jindal also accused officials of threatening assesses in the name of fourth stage verification, whereas after seven years, how will assesses prove the verification of their purchasers.

''Such acts are against the ease of doing business model of the state and might impact the “Invest Punjab initiative” of the state government. It is requested that the department should be ordered to quash all cases fixed for assessment and only the doubtful cases should be selected for assessment,'' Jindal concluded.