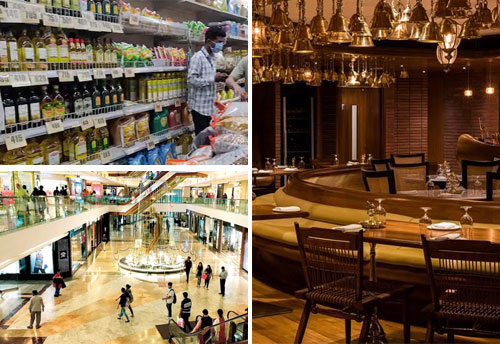 New Delhi, Jan 4 (KNN) Retailers Association of India (RAI) has been working with the state government of Karnataka for enabling Ease of Doing Business and has been pursuing various departments to adopt the State Retail Trade Policy and allow retailers to operate 24X7, in line with the state Governments of Maharashtra & Tamil Nadu.

Under the ‘Karnataka Shops and Commercial Establishment Act, 1961 (Karnataka Act 08 of 1962)’ the Government of Karnataka has permitted all shops, malls and restaurants in the state employing more than 10 persons, to remain open for 24X7 on all days of the year for a period of three years.

Commenting on this announcement, Kumar Rajagopalan, CEO, Retailers Association of India, said, “The provision of operating 24x7 is a timely step taken by the Government of Karnataka which is a win-win all around for consumers, businesses and the government. This step will not only help the retail industry recover faster from the loss of business due to the pandemic., but will also provide consumers with the flexibility to shop as per their convenience.

''Longer operational hours will also help in adhering to social distancing norms. Opening of retail 24X7 will give a boost to tourism in the state and will help create jobs. We believe that employment in the retail sector will increase by as much as 25 per cent in the next five years,”Rajagopalan further added.

Despite economic activities picking momentum, recovery for retail businesses will need unconventional solutions and government support. At this juncture, all efforts are required to boost the local economy and help revive retail, saving millions of jobs.

Retail in India which is sized around 854 billion dollars continues to be one of the country’s largest industries that makes up for over 10 per cent of the GDP.