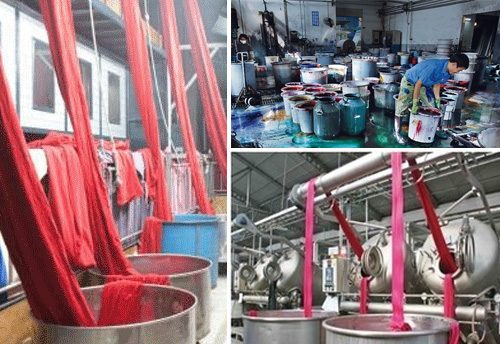 New Delhi, Aug 29 (KNN) The Punjab Government has lifted the ban from the dyeing units in as many as five industrial clusters in Ludhiana.

The District Disaster Management Authority of Ludhiana on the recommendation of the Municipal Corporation Commission had called to close these industries as water discharging from these units were reversing the flow of Buddah Nullah due to which there was severe water logging on the roads of old city.

Also, the water level in Satluj river has increased due to which the Sewage Treatment Plants (STPs) were closed.

Lifting the ban, the state's spokesperson said, "With the water level having receded, the district Ludhiana is heading back to normalcy.

The dyeing industry, which mainly comprises of micro, small and medium enterprises (MSMEs), had been crying over the huge losses that they had to incurr due to the ban.

There are around 250 dyeing units in the city, out of which 100 are located at Tajpur Road while about 70 are in Focal Point area and remaining are scattered in areas, including Industrial Area, Moti Nagar, Bahadurke Road etc. (KNN Bureau)