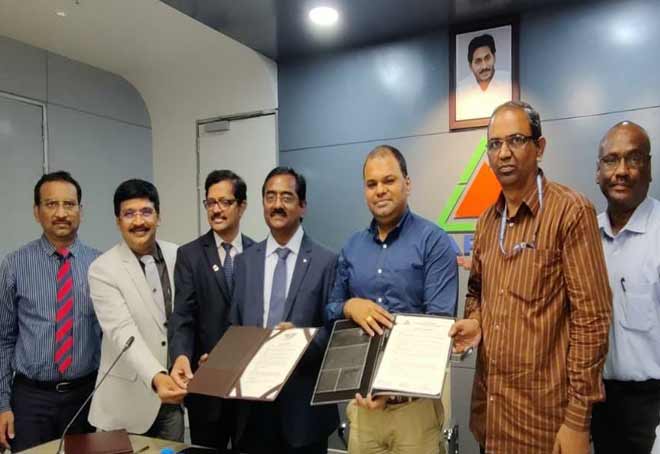 Vijayawada, July 19 (KNN) Under the partnership with AP Industrial Infrastructure Corporation (APIIC), the Union Bank has agreed to provide easy loans to MSMEs in Andhra Pradesh.

The Bank has said that it will avoid delays in loans and facilitate fast approvals as the agreement will enable MSMEs get loan processing completed within 10 days.

In the first phase the bank aims to offer loans to MSME at 39 industrial parks and other MSMEs in the next phase.

APIIC vice-chairman and MD J Subramaniam described the MoU between the two parties as another step by the corporation towards the greater good of MSMEs under the guidance of Chief Minister YS Jagan Mohan Reddy.

In view of availing credit facilities the agreement will help enable the MSMEs to overcome difficulties.

To carry out the first phase 26 nodal officers from Union Bank and some officers from the APIIC will be appointed in 26 districts for the purpose.

Subramaniam directed the officials to organise special conferences and set-up special stalls in the respective zones for creating awareness among the industrialists on the loan facility.

"The APIIC is playing a crucial role by acting as a bridge between the industrialists and the bankers. The APIIC played a vital role in re-opening/ restarting more than 500 industries belonging to SC and ST entrepreneurs under YSR Jagananna Badugu Vikasam," he said.

Union Bank chief general manager Brahmananda Reddy expressed happiness for being a part of providing credit facilities to the MSMEs under this collaboration with APIIC.  (KNN Bureau)