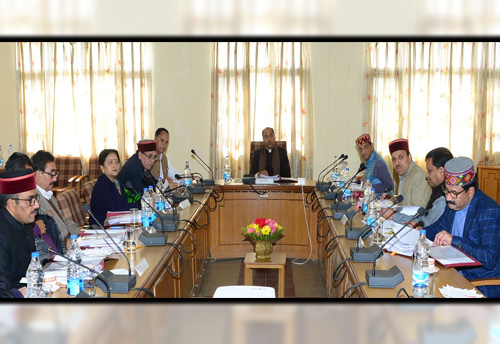 The meeting was headed by Chief Minister Jai Ram Thakur.

It was also decided to impose ban on general transfers with immediate effect and till further orders and also given approval for the opening of new IPH divison at Thunag in district Mandi and to construct a IPH Division Dharampur at Bharari and IPH Sub-Division at Tihra and Mandap in district Mandi. (KNN/YV)