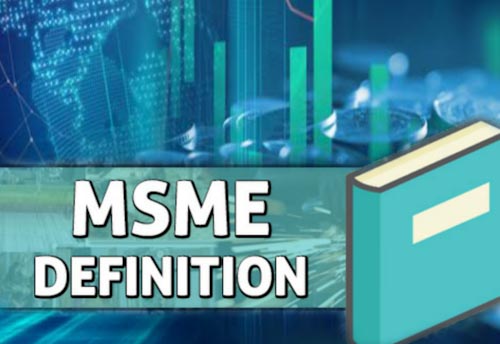 New Delhi, May 13 (KNN) The central government on Wednesday changed the definition of Micro Small and Medium Enterprises (MSMEs) and introduced a revised the criteria to define a MSME.

''The revision was a long pending demand of MSMEs,’’ said Finance Minister Nirmala Sitharaman at a press conference sharing details of the 20-lakh crore economic packages.

As per the revised MSME classification, any firms in both manufacturing and service sector will be defined as “Micro” if they have an investment up to Rs 1 crore and turnover up to Rs 5 crore.

Earlier firms could only be defined as Micro if they had an investment up to Rs 25 lakh and Rs 10 lakh in manufacturing and service sector respectively.

Both manufacturing and service firms can be classified as “Small” if they have investment up to Rs 10 crore and turnover up to Rs 50 crore respectively.

On the other hands, ''Medium'' manufacturing and service firms will be allowed an investment up to Rs 20 crore and turnover up to Rs 100 crore.

However, in November last year, Indian Industries Association (IIA) had said that they are not in favour of 'Turnover based definition' of Micro Small and Medium Enterprises (MSMEs) as the later won't be benefitted with such definition.

IIA had cited following reasons for being against for the proposed definition and said, ''On this proposed change of definition of MSME, IIA in consultation with its members observed that the proposed “Turnover Based Definition” of MSME’s is not in favour of majority of MSME’s.''

''The existing criteria of investment in Plant and Machinery/ Equipment for defining MSME’s in Manufacturing & Service Sector is still relevant. However, the existing investment limits may be doubled because this limit was decided in 2006 and in past 13 years the price index has escalated significantly,'' the industry body had said.

Apart from IIA, Laghu Udyog Bharati, a national association of micro and small industries, had too opposed the move by the government to amend the definition of MSMEs based on turnover.