India-China Trade amid tension – A look 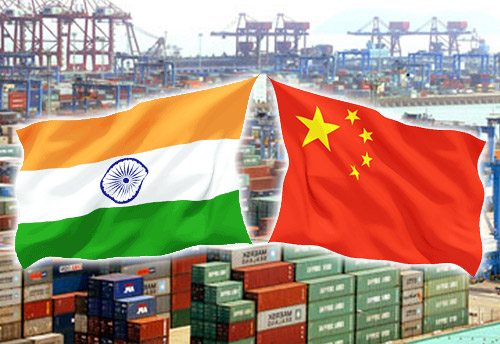 India-China Trade amid tension – A look

New Delhi, June 17 (KNN) Though the tensions between India and China have escalated in the recent past, but the relationship between the two has never been silk smooth. India even withdrew from the sixteen country Regional Comprehensive Economic Partnership trade negotiations in November due to unreasonable Chinese stand on certain core concerns.

However, on the trade front, China is one of the two countries out of the top 25 destinations of India's engineering exports which showed an year-on-year growth in April 2020, while the remaining countries showed massive contraction up to 91 per cent in some cases due to the hugely disruptive impact of Covid-19.

A bulk of India's imports from China consists of capital goods like power plants, telecom equipment, metro rail coaches, iron and steel products. A lot of finished products like fertilisers, refrigerators, washing machines and air conditioners are also imported from China. In the intermediate products section, components for industries like electronics and mobile phones, autos, pharmaceuticals, chemicals and plastics, engineering goods also come into the country from China.

China is one of India’s leading trade partners and constitutes 9 percent of India’s total exports and 18 percent of total merchandise imports.

According to some exporters, during the lockdown imports were more and exports were down. Now exports have jumped and imports have stayed low.

In order to make Indian products more competitive in the global supply chain, Prime Minister Narendra Modi in his address to the nation earlier had already called for an Atma Nirbhar Bharat. He had called for a policy shift in making India self-reliant.

Twenty Army personnel, including a colonel were killed in the clash with the Chinese troops valley on Monday night.