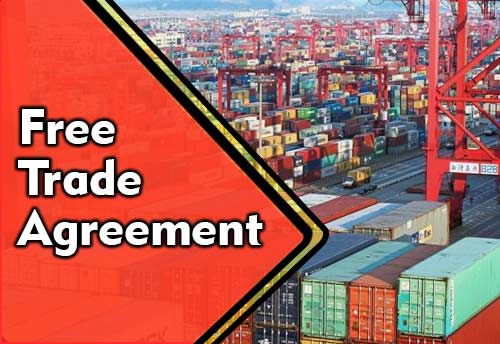 New Delhi, June 18 (KNN) After a 9-year lull, India and EU formally re-launched the negotiations for India-EU Free Trade Agreement (FTA) in an event held at the EU headquarters on Friday.

The first round of talks will be held from June 27 to July 1 in New Delhi.

The Delhi visit of the European Commission President Ursula von der Leyen in April 2022, and Prime Minister Narendra Modi’s recent visit to Europe accelerated the FTA discussions and helped in defining a clear roadmap for the negotiations, stated Ministry of Commerce & Industry in a statement.

This would be one of the most significant FTAs for India as EU is its second largest trading partner after the US.  The India-EU merchandise trade has registered an all-time high value of USD 116.36 Billion in 2021-22 with a year-on growth of 43.5%.

The proposed IPA would provide a legal framework for cross-border investments to enhance the confidence of investors.

The GI pact is expected to establish a transparent and predictable regulatory environment, to facilitate trade of GI products including handicrafts and agri-commodities.

India earlier this year has concluded FTAs with Australia and the UAE in a record time. (KNN Bureau)