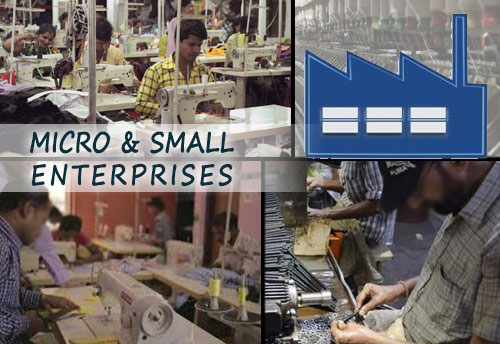 New Delhi, Apr 1 (KNN) With the end of the FY 21, the government has surpassed its annual procurement target of 25 per cent from micro and small enterprises (MSEs).

As per the MSME Sambandh portal, Central ministries, departments, and central public sector enterprises (CPSEs) have made an overall procurement worth Rs 32,286 crores from MSEs for the financial year, which stood at 30.90 per cent, benefiting over 1.38 lakh MSEs, as of March 31.

In FY18, the government made a procurement worth Rs 26,357 crores, which was 23.11 per cent of the overall accumulation.

As per the data available on the monitoring portal, out of the 54 ministries that are listed on MSME Sambandh, only five have surpassed the 25 per cent target in FY21.

The five ministries, which have surpassed the limit include the Ministry of Defence, Ministry of Ayurveda, Yoga & Naturopathy, Unani, Siddha and Homoeopathy (AYUSH), Ministry of Commerce and Industry, Ministry of Housing and Urban Affairs and Ministry of Power.

However, the annual procurement target from SC/ST and women entrepreneurs, which are earmarked at 4 per cent and 3 per cent respectively, has missed the target again for the third consecutive financial year.

The procurement from women and SC/ST entrepreneurs stood at Rs 583 crore and Rs 587 crores respectively in FY21.

The procurement share for both women and SC/ST entrepreneurs was only 0.56 per cent in FY21 against the 3 per cent and 4 per cent procurement target.