Gadkari calls out MSMEs to switch to solar 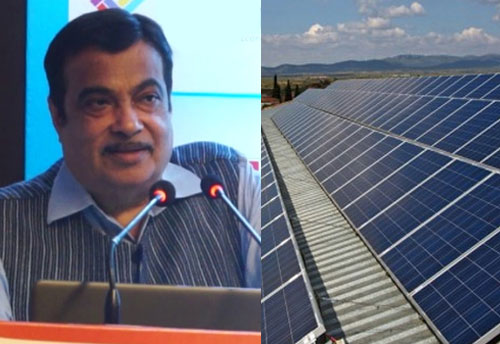 Gadkari calls out MSMEs to switch to solar

Rooftop Solar, he said, offers an excellent value proposition to MSMEs by significantly bringing down the cost of electricity consumption, which on an average, is up to one-fifth of their operations cost.

Addressing a programme promoting awareness about rooftop solar (RTS) among MSMEs Tuesday, Gadkari said, “I believe there is a strong business case for MSMEs to install rooftop solar and achieve significant savings to achieve the cost-competitiveness. I am confident that MSMEs will stand together in generating and consuming solar power using their rooftops.”

The programme, inaugurated virtually by the Minister, was held in the presence  of B B Swain, Secretary, Ministry of Micro, Small and Medium Enterprises; Indu Shekhar Chaturvedi, Secretary, Ministry of New and Renewable Energy; Junaid Ahmad, Country Director India, World Bank; and Dinesh Kumar Khara, Chairman, State Bank of India.

Gadkari further added that, “A large amount (average Rs 8 and higher per unit) is being paid by the MSMEs for power consumption, which contributes to up to one fifth of the overall production costs. To assist MSMEs in implementing rooftop solar projects, the Ministry is working with the World Bank on a credit guarantee program to make financing accessible to unrated MSMEs.''

''Considering the rates of solar power from large utility power plants have come down to a record Rs 1.99/kWh, MSMEs must leverage this opportunity to bring down their energy expenses.”

The Minister also highlighted that rooftop solar contributes in economic recovery as it employs more people than any other renewable energy.

Emphasising the importance of creating an awareness and large-scale adoption of rooftop solar for MSMEs, B B Swain, Secretary, said, “More than ever, MSMEs need low-cost power to optimise their production costs, recoup losses due to COVID and remain competitive both in national and international markets. The procurement of low-cost solar power and generating solar power as prosumers from rooftop solar are two timely and beneficial options for MSMEs. The Ministry is geared up to facilitate measures to empower the MSMEs to become one of the top priorities for a resilient India.”

Junaid Ahmad, Country Director India, World Bank, addressing the gathering said that, “The World Bank is committed to the cause of MSMEs and an investment in this industry will aid India’s aim to become ‘Atmanirbhar’ or ‘self-reliant.''

''By facilitating MSMEs to decarbonise their power consumption in a sustainable manner, India can achieve a twin objective of greening the economy and uplifting MSMEs to become highly competitive by reducing its power costs,” he added.

Dinesh Kumar Khara, Chairman, State Bank of India, said, “The idea is to really educate MSMEs about the benefit of adopting solar rooftop and achieving cost-competitiveness. We are thankful to the World Bank in accelerating this initiative and investing in India’s renewable energy journey. It is an investment for building up the economy and the more we invest, the more we will reap the fruits going forward.''

''When it comes to small ticket loans, co-lending is perhaps the way forward and that is how we would like to support our smaller SMEs,” he added.

The MSME sector, through SBI’s current rooftop solar (RTS) lending portfolio can leverage concessional debt and fulfil India’s ambitious target for large scale implementation of rooftop solar. The World Bank is working with the MSME Ministry to bring in a credit guarantee mechanism catering to lending to MSMEs who would like to reduce their energy expenses in the long term by investing in rooftop solar.