Industry not likely to be affected due to third wave of Covid-19: Dushyant Chautala 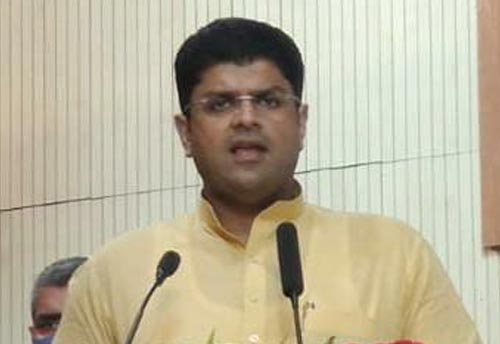 Industry not likely to be affected due to third wave of Covid-19: Dushyant Chautala

New Delhi, Aug 23 (KNN) Haryana Deputy Chief Minister and Industry & Commerce Minister Dushyant Chautala on Monday said that the industries in the state won't be affected this time due to COVID-19 third wave.

According to a news report by Zee Business, Chautala participated at the MSME National Summit and Awards 2021, where while discussing the concerns of the third wave of the COVID, he said, “This is a big question whether the third wave will come or not,” Chautala said. But the state is fully prepared. And the industry won't have to shut down this time.''

During the discussion, Chautala said that within the last one-and-a-half year, we have kept the focus on MSMEs. He said that the MSME sector has an important role in providing employment today.

Sharing the data, Chautala said that there are about 9.78 lakh registered MSMEs in the state. During the pandemic, the government had created the Haryana Udyam Memorandum Portal, on which about 2.75 lakh industries have registered.

''We are going one step ahead of the One District One Product Scheme and working on One Product – One Block. At the same time, the government will also soon launch a scheme named the Padma,'' Zee Business quoted the Minister as saying.

Speaking on the issue of delayed payments of entrepreneurs, the Deputy CM said that facilitation centres have been set up at every district level. He also added that around 80 per cent of causes related to delay in payment have been resolved.

''Currently, the work is going on to resolve the remaining 20 per cent of the cases,'' he said.

''The new law will not have any impact on the investment or expansion plans of the companies. Along with this, Chautala took the government's view on the suggestions of the industry from Faridabad, Sonipat, Karnal and Manesar,'' he said.