Restrictions on exports linked to imports hard for MSMEs but prerequisite for a healthy domestic industry: Experts 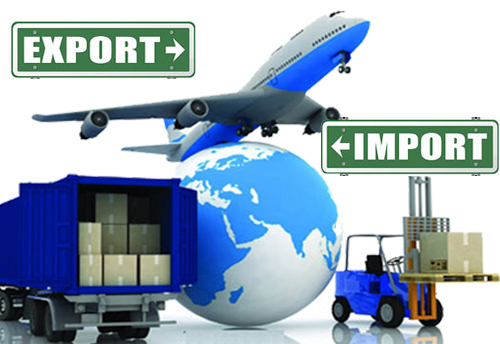 Restrictions on exports linked to imports hard for MSMEs but prerequisite for a healthy domestic industry: Experts

New Delhi, July 5 (KNN) On one hand the government’s approach of restrictive imports linked to manufacture export linked products puts a burden on the MSME sector, while on the other hand the industry experts feel that such steps, although not so welcoming, are necessary to push the domestic market.

Exporters have many a times raised concerns over DGFT adopting a restrictive mind-set on exports linked to imports by various entrepreneurs in the export oriented industries. For example, the manufacturers which necessarily require importing some machinery especially which might be second hand or the intermediary raw material for manufacturing output meant for export have reportedly been talking about stringent restrictions on imports of the same.

Talking to KNN about the nuances of such restrictions on MSMEs, Debashish Bandopadhyay, Director, Policy at FISME, said, “DGFT’s approach focussing on restricting imports to maintain a trade balance tends to hit hard on the MSMEs who require to import material and machinery to produce output which could be further exported”.

“The stringent restrictions and duties imposed on importing the same discourage and prevent time bound export oriented output by the SMEs at times. This, thus, handicaps the already resource dearth SME sector,” the expert opined.

Meanwhile Dammu Ravi, Joint Secretary, Ministry of Commerce, acknowledged that no country can survive only via export without importing the material. He said,”It is natural that you import raw materials and intermediaries at a cheaper price and it goes into value addition of the product which is further exported.“

Ajay Sahai, Director General & CEO of Federation of Indian Export Organizations (FIEO) , however, said, “Import related to exports has always been a priority area and if imports are not facilitated  this is sure to hamper the timely delivery of exports. DGFT and other agencies are looking forward to a seamless imports and exports.  Government is trying to improvise the system since it is quite conscious of the fact that India’s ranking in terms of trade and business is low and requires a quantum jump in ranking through systemic improvement.”

As explained by Sahai , “This is a step by the government to  achieve a balance between  the exporters on one hand and the domestic capital goods industry  on the other hand and to be fair to both the sides”

“As an exporter body though we also recommend the import of such capital goods duty free under EPCG scheme, but government who has to cater to both the sides  and  has to help building India’s domestic capital goods base has to take its own call. Thus, we in no way feel that the government  has been unfair to the export sector as it has  its reasons to protect domestic capital goods industry which itself generates employment on a large scale,” Sahai added. (KNN/ GK)