MSMEs, retailers need to adapt to home delivery at earliest 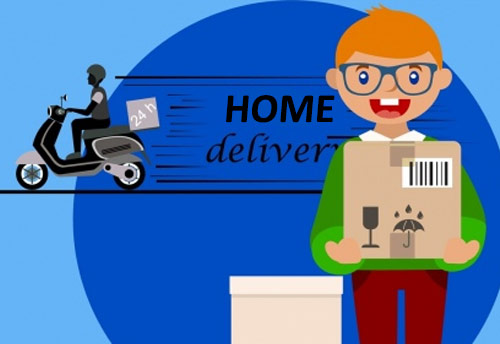 MSMEs, retailers need to adapt to home delivery at earliest

New Delhi, Jun 8 (KNN) Micro, Small and Medium Enterprises (MSMEs) and retailers need to adapt to the home delivery model at the earliest to leverage the pent up demand for consumer goods over the next three months, said a survey by LocalCircles.

According to the survey, 66 per cent households believe that in the next 3 months, the top criteria for deciding their mode of buying will be contactless home delivery and adhering to social distancing norms. Breaking down the poll, there were 13 per cent voting for “convenience”, 3 per cent said “price”, 15 per cent said “supporting small businesses”, 1 per cent said “others”, while 2 per cent couldn’t say.

''Alternatively, if we were to look out separately for the percentage of “must-have” products households are likely to procure in the next 3 months, 33 per cent said “equipment such as laptop & mobile phone for work from home or other activities”, 23 per cent said “air conditioners, coolers, fans, whitegoods, others”, and 22 per cent said “home appliances, bedding and furnishings”. This means that 1 in 3 households will need to purchase a gadget, while 1 in 4 will require whitegoods in the next 3 months,'' LocalCircles said in its survey.

In addition to the above poll, LocalCircles also conducted a feedback exercise on the subject of unlocking of retail and local businesses and markets given that they have been shut for 45 days facing huge disruption. The key recommendation from consumers here was that State Governments and District Administrations as a first unlock step must consider opening stores only for Home Deliveries and if cases stay low, opening stores for consumer walk-ins with reduced working hours.

According to consumers, if over a 2-week period, the daily case load continues to stay low or declining, full opening of retail stores and markets may be considered.

As stores are permitted to open and online platforms start accepting orders for all items, highest levels of demand is likely to be for children related products like books, stationery, online class equipment, Work From Home Gadgets like mobile phones, laptops, whitegoods, appliances, home furnishings, etc. These findings provide some hope for MSMEs and retailers operating in this sector as states and districts unlock and they get back to business, it said.