ESI- A Fraud on Employers’ & Employees 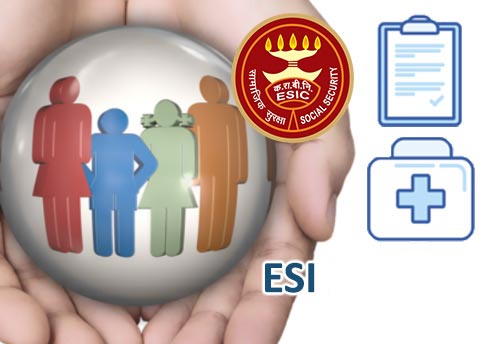 ESI- A Fraud on Employers’ & Employees

Under Employees' State Insurance Scheme  (ESI) of Central Government, employers’ and employees presently contribute 4.0 per cent of wages (Employer-3.25 per cent+0.75 per cent-Employees) towards this scheme.

For over 6 -7 decades both employees and  employers had been consistently contributing towards ESI scheme, failing which ESI authorities relentlessly levy penalty and penal interest and recover dues from employers.

Against this backdrop, it is understood that a corpus of somewhere Rs 70,000- 80,000 crores is available with the central government in over 6-7 decades and also substantial interest is earned every year.

The ill equipped and pathetic conditions of ESI hospitals in the states is very well known to concerned authorities since it has been brought to their knowledge by numerous industries associations time and again on every possible platform available to them across the length and breadth of our country. So, much so is the redundant medical health / hospital infrastructure that no employees, willingly prefers to get treated there.

Not to talk of competence of available medical staff and doctors at ESI Hospitals! Only beneficiaries are ESI authorities/ staff who get paid handsomely at the cost of ESI subscribers, however the real subscribers are made to toil for affordable medical assistance encumbering them no end.

--- 1. ESI leaves- While on Medical leave, Employees get benefits of wages to the extent of 50 per cent of wages for the period they are absent and till declared fit to resume duty at work. The only benefit which is widely misused by habitual Industrial workmen.

--- 2. ESI ACT came into existence in 1952 for the benefit of the Industrial workforce. Over 6-7 decades, we hardly see any state of the art ESI hospitals infrastructure (like the one in New Delhi/ Haryana) across the country even today. At Butibori industrial estate, Nagpur, bhoomi poojan was performed in March 2018 with much fanfare and contract was awarded too but the state of art ESI hospital project is yet to take off the ground. It remains a distant dream even now for the Butibori area.

--- 3. With Rs, 70,000-80,000 ESI corpus available as on date, any well intentioned authorities / government should have planned / built the state of art affordable hospitals infrastructure across the length and breadth of India, but the same is sadly missing after 6 decades of this ESIC as an state/government owned establishment. Some serious brainstorming is the need of the hour to erase the stigma of “Fraud on Employees and

Employers by ESI Authorities”. This infrastructure should have been such that employers’ would voluntarily insist and request for their own inclusion also in the ESI scheme on account of present day astronomical medical expenses at the private hospitals.

--- 4. We request concerned Authorities to dwell upon establishing ESI hospitals infrastructure all over the country at the earliest for the benefit of downtrodden people who can’t afford medical expenses of private/ star hospitals. It’s indeed a pity and shameful that, in independent India since the last 7 decades authorities/ concerned government ministry couldn’t develop affordable chain of health/ hospital infrastructure across the country. Had this health/hospital infrastructure been in place today, COVID-19 like pandemic situation could have been effectively managed by the authorities all over the country.

--- 5. Reimbursement of Medical Expenses- It is a matter of grave concern as well of interest to get information/ data on, since how long ESI had not cleared dues of medical expenses incurred by poor employees during the treatment of terminal diseases in the state of Maharashtra? Even after the death of employees and in spite of rigorous follow up such payments are not reimbursed to the diseased family. What has been observed with ESI is compliance / collection of ESI dues rests with one set of authorities and reimbursement of dues rests with another set of authorities. One who

Collects are not accountable for reimbursement. Here is a riddle one must look into to resolve issues for speedy settlement of such long outstanding issues.( Reference-Namdeo Patle- ESIC No 1245760 and IP No. 1245760 dtd. 26th May 2014. expired on 23rd May 2014. settlement of expenses still not done) there would be many such sufferers.

--- 6. We at MIA - Hingna, Nagpur had been following up for 6-8 bed ESI Hospital with primary facilities with local authorities for several years now but all in vain so far. Forget about hospitals, even the request for an ambulance in Hingna industrial area has been a long pending matter and the same has not been fulfilled in spite of assurances from the ESI Authorities.

--- 7. It is pertinent to note that ESI affiliated hospitals at times even refuse to entertain employees, since these hospitals are not reimbursed their outstanding bills by ESI. Such is the state of affairs of a cash rich ESI, thus need immediate correction from grass root level to top of the ESI organization. Accountability and transparency is all for a toss here.

--- 8. It is suggested that PIL must be filed jointly by all industries association with SC of India to dig out facts about issues highlighted above.

--- 9. It is requested to take up these issues at Policy Makers’ level and reform the ESI establishment on the whole for the betterment of common / downtrodden people of our country.