SMBs most prone to data breaches, will gain by investing in cloud tech 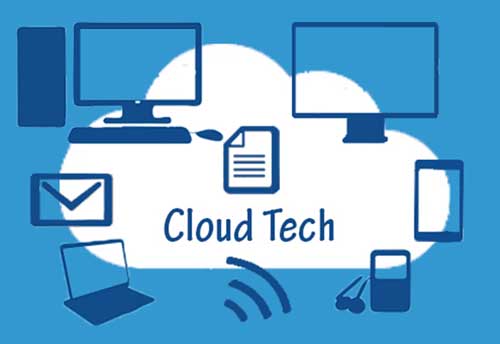 SMBs most prone to data breaches, will gain by investing in cloud tech

Small and Medium Businesses (SMBs) are supposed to be the backbone of any economy. However, they also have the soft underbelly – that is, when it comes to data protection, SMBs are most vulnerable. So, requisite investment by these enterprises in data security technologies like cloud computing would always make a great economic sense.

Indian SMBs are not oblivious of this cost economics, though some may be reluctant to involve cloud computing in their businesses.

Anyway, analysts remain bullish on IT spending in Indian market given SMBs’ urge to invest in data protection technologies like cloud computing. In 2016, the adoption of cloud computing will drift down from the large corporate segment into small businesses, making operations more efficient and reducing capital spending, they say.

Recently, some SMBs shared their experience and thoughts over the specific features which they look at before purchasing any IT hardware devices. Keeping in view the financial constraint and “of no use” features in the high end devices that are manufactured by IT giants, the SMBs refrained from opting for latest hardware devices launched in the market. Some of firms from sectors such as IT/ ITES, manufacturing, electronics said they were quite impressed with the SMB-focussed devices that are now available in the market.

Almost 7 out of 10 SMBs said the trend, however, is changing now. For example, they said HP ProBook 440 G2 and HP Elite Book 840 very reliable so far as data protection is concerned and has been designed keeping in mind the requirements of SMBs.

Similarly, some SMBs also vouched for effectiveness of HP Touchpoint Manager in cloud-based IT management. They opined it helps in simplifying IT management tasks across different devices, brands and operating systems. These features, they say, not only enhance their efficiencies but also protect from cyber-crimes and helps in cost optimization at the end.

An AMI study states that cloud computing has been instrumental in alleviating many problems that India SMBs face during IT adoption, especially those related to fund shortages and non-availability of a dedicated IT workforce.

Other key advantages of the cloud that appeal to SMBs include automatic updates, flexibility and scalability, it adds.

A lot of traditional IT vendors and channel partners are also tapping the SMB segment with an impressive new set of cloud portfolio to further attract this segment. This in turn will increase versatility as well as competition in the cloud computing space, states the report.

They argue that cloud services minimise barriers to SMBs’ growth by reducing infrastructure costs and upfront investments. Cloud computing usage is gaining momentum in India mainly because of government support, they add.

Pointing out that the government offers substantial subsidies for cloud computing to SMBs, experts suggest that vendors should better position their services to small businesses and enable them to embrace cloud.

Cloud computing can provide cost-cutting solutions to the SMEs. It also has the potential to decrease their hardware expenses, say experts.

It is not surprising that experts see cloud computing as a key future growth-enhancer in terms of India SMB ICT adoption. They argue that cloud-based solutions display greater future growth-trends compared to their on-premise counterparts.

In the hybrid cloud domain, the solutions provide the flexibility and affordability of the public cloud with the security of a private cloud. This combo of public and private model really packs a punch thereby making it particularly appealing to SMBs, say experts.

A hybrid strategy is also more flexible and allows an enterprise to achieve greater server usage at affordable costs with all the sensitive data stored on private servers, they add.

Experts say that a firm has to design its own disaster recovery strategies but once it is collaborated with the cloud, data security is the responsibility of cloud. The disaster recovery services provided by the cloud are comparatively more secure and automated, they add to emphasise their point.

Some cloud service providers allow an enterprise to choose their specification as per their requirements with multiple layers of security to ensure safety and integrity of data, application and IP.

Increased spend on IT is also found to have a positive impact on employment market. For example, Boston Consulting Group (BCG) surveyed 4,000 SMBs in five countries including India between 2010 and 2012 to find if there was any correlation between IT spend and job creation. It found that SMBs, which led the way in IT adoption, created jobs twice as fast as other small businesses across all sectors.

It says third cloud-based wave of IT adoption creates bigger potential for innovation and business growth than what was seen in the first two waves. The first was led by PC and second by connectivity. It is because the cloud gives companies of any size access to capabilities and services that were previously available to the largest enterprises at a fraction of their historical cost, BCG explains.

The consulting firm goes on to say that governments and business leaders around the world should make it a priority to empower SMBs in order to make the full use of this latest wave of IT and to realise the economic benefits associated with it.

Author: Noor Mohd is a business journalist with more than 15 years' professional experience. He has written extensively on trade, SMBs and technology.

Noor Mohd
He is a business journalist with more than 15 years' professional experience. He has written extensively on trade, SMBs and technology.