What is a Family Business without the Family? 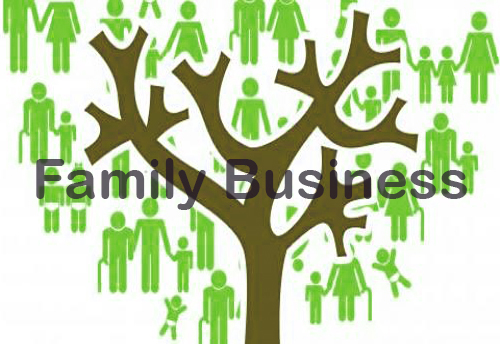 What is a Family Business without the Family?

Having been focused on family businesses all my working life, I take a great deal of interest not only on the business side of these enterprises, but also the families behind them. I have found that not only does what is happening in the family have an effect on the business side of things, but also vice versa. Businesses have their ups and downs, for a myriad of reasons that are quite well-documented, but what is often overlooked is what impact the normal ebb and flow of business can have on marriages, siblings and parent-children relationships. I have observed families overcoming the greatest of personal and business challenges together, and I have also seen families and their businesses breaking apart for the flimsiest of reasons.

What Begins Well does not Always End Well

Let me tell you about a particular family business started by three brothers, which has been around for over 30 years, but it was only in the last 10 that their untiring efforts finally paid off and the business took off. Money and success came in at just the right time, when their children were growing up and could be sent off to good schools and colleges. The three brothers together have six male children between them, the eldest one having three, the middle one two and the youngest had one son. All of the sons have at various times gotten involved in the family business. This is when the problems began.

The business is of steel and wooden furniture in Rajasthan, and they started off with a small workshop which supplied small, hand-made pieces in and around Jodhpur. Each of the three brothers was involved in every aspect of the business, and working hard and making ends meet was all they could manage for over 20 years. When tastes in furniture shifted to more modern and contemporary styles, it was the younger brother who initiated new designs and varied styles into the production line. Initially resisted by the two older brothers, they had to give in when they saw how successful their new lines were. The fame of their fine workmanship and uncompromising quality began to spread far beyond Jodhpur, and soon they had to open a bigger factory to cater to the demand. While it was the youngest who correctly claimed credit for their new, modern designs and the resulting success, it was always the eldest brother who was responsible for keeping up the firm’s reputation for using the finest wood and the best craftsmen.

When it was only the three brothers working together, whatever differences they may have had were resolved through discussion, and the word of the eldest brother was final. When the second generation came in, however, things changed. The youngest brother’s son, who thought his father was the reason behind their success, could not reconcile with the fact that by virtue of being an only son he and his dad had such a small share in the profits, a lion’s share of which used to go to his uncles, because they had bigger families. These differences started to affect the older generation too, and soon the oldest and youngest brother were at loggerheads. It was left to the middle brother to mediate, but even he found it hard to keep his own and his sons’ interests aside while he tried to play peacemaker. Each set of sons wanted to discuss things only with their fathers or among themselves, and not with their cousins or uncles. Naturally, this led to many misunderstandings between not only the cousins, but also the three founder brothers, who had enjoyed a harmonious relationship up until then.

Things have now escalated to breaking point. When I was called in to consult with this group, I could not understand why the three brothers, who had worked so well together for decades, were now barely on speaking terms with each other. They said they had no option but to break up the business.

I am summarizing the advice that I gave them below, and I think this would be applicable to any family business that is going through a similar crisis:

a.  Know and accept your differences:  Research shows that siblings, or other members of the same family are bound to have differences in temperament, attitudes and outlook, so this is something that has to be accepted right in the beginning. It is often observed that while siblings start off complementing each other when they work together, differences start to build up over the years, and unless checked, can lead to misunderstandings and resentments.

b.   Prepare the Next Generation in Advance: Any family business goes through a massive upheaval when a new generation enters it. So it is advisable to prepare the youngsters beforehand with the culture and ethos of the workspace that they are inheriting, so that not only do they know what they can expect from the business, the business also knows what exactly it can expect from them. Having children go through frequent interactions with each other and all the members of the older generation - not just their immediate family - from a young age is always a good idea.

c.   Nip Any Misunderstandings in the Bud: To prevent small squabbles and disputes from building up into major differences, make sure to have frank and open discussions on the most minor of issues, and resolve them before they get out of hand. Even if immediate solutions cannot be found, settle them permanently as best you can, and never let them fester.

d.  Keep Family Values and Traditions Alive: One of the reasons family businesses fall apart in the second and third generations is that the younger generations have different values than their predecessors. In a family business particularly, it is vital to inculcate the importance of family togetherness and unity in children from a young age.

e.  No one is Right All of the Time: For people of different ages who work together, it is also important to realise that while some people can be right most of the time, no one can be right all of the time. Remember, age, experience or education cannot make anyone infallible. Everyone makes mistakes, and having the humility and courage to accept when you are wrong goes a long way in building a harmonious working environment with co-workers, whether they are employees or members of your family.

f.   Give the Youngsters an Opportunity to Shine: While it is true that the younger generation has a lot to learn from the experience and wisdom of their elders, just expecting them to always follow their lead is unrealistic. Accept the fact that the younger generation has ideas and ambitions of their own. Being accommodating of their suggestions and appreciative of their contributions goes a long way towards making sure they remain invested in the family business.

g.  Set the Right Example: Elders have a responsibility, and that is to teach the next generation that a healthy family may have differences, but they should stay within the family. Even if the older generations have disputes and disagreements among themselves, they should always present a united front to the next generation. An inter-family squabble is not the venue for scoring points or achieving ‘victories.’ It may feel good for a while and be a salve to your ego, but in the long term, it is bad for your business, your family and the coming generations.

A family compensates each other’s differences, and takes strength from each other’s strength. Just as research has proved that single people have more physical and psychological problems than married people, being together with your family at work as well as at home is much better for your well-being than if you did it all alone. An individual may achieve success and riches, but true happiness cannot come if your family is not with you.