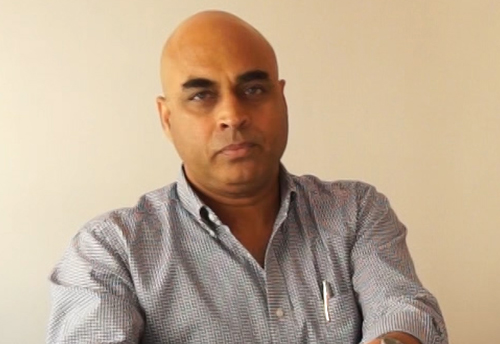 The “Make in India “ lion continues to be shackled.

The three shackles of cost, complexity and corruption hold a vice like grip. All he can do, is roar.

The cost of finance (the bloodline of all industry) remains high. How do  we compete by borrowing at an average 12% when our competitors in a flat world have access to sub 3 % or even negative rates? The Indian investor who is used to a 10% return on his FD expects a minimum 15-18% on his investments in risk capital. How does a business guarantee such a high return?

Complexity of laws, rules & regulations and their interpretations by the license raj bred inspectors continue to scare away investors. If there is an effective non tariff measure, this is the one. Complexity always leads to corruption. Most businessmen have learnt to take it in their stride, building the cost into their calculations. Start up India will have a challenging time learning to deal with this hurdle, before they can be “Stand up India”.

The impact of these three Cs is proportional to the amount of value you intend to add on India soil. Manufacturing engages with all economic factors – land, labour, capital, energy, environment, taxation and the library of their corresponding laws. The more you engage, the harder it gets. The main focus of any business is to gain maximum market access. In a globalized world, this access is available at zero, in several cases near zero, import duties. Hence why bother with “Make in India” as long as “make for India “ or “Fake in India” works.

The 3 Cs have always been around. The government in power needs to be lauded for their clear intent and consistent action towards reducing their debilitating impact on competitiveness. The direction of efforts seems right, the speed and effectiveness needs to increase manifold. Business is however, always conducted on the ground under the “jurisdiction” of a state government. The bureaucracy at state level is at best, not engaged in the process of making business policy. Their army of inspectors in most cases, continue to pose hurdles, rendering the term “ease of doing business”, an oxymoron.

There are three main policy instruments available to any government that intends to increase the share of manufacturing in its GDP.

There is another instrument available. Sector specific subsidies, grants and incentives can be used to enable ailing industries to compete. An effort in this direction was made for the electronics sector. 25% capital subsidy (MSIPS) and project support for electronic manufacturing clusters are two major pillars of the National Policy for Electronics (NPE’ 12). While this outreach has attracted reasonable investments, the target figures are far way. It is indeed surprising that the policy makers have decided to curtail this apparatus by limiting it to 3 years rather than the 10 years declared earlier. The cluster policy is scrapped altogether.

Yet another instrument used effectively by governments is providing preferential market access (PMA) to domestically manufactured products for their own procurement. America continues to effectively use their “Buy America“ policy since 1933. In India however, this too has been rendered ineffective. Several qualifying tender conditions ensure that domestic manufacturers do not have a chance at even making an application. Procurement of LEDs by EESL by aggregating demand started off as a very good idea. A single minded focus on lowest cost procurement has however ensured that even these LEDs that were so far “made in India” are now procured in China.

A “surgical strike” on enabling manufacturing competitiveness is the need of the hour. A detailed insight into a few “champion” sectors, selected on the basis of their potential will reveal the root causes of their inability to compete globally. Smart policies aimed at mitigating the impact of such causes will then need effective implementation with close monitoring the highest authorities.

Bereft of such an effort, “Make in India” will continue to be a marketing slogan. Merely, a roar.

Till then, inadequate, ineffective policy measures combined with ground realities leave industry with no choice… but to “Fake in India”.

About the Author: The Author is a successful entrepreneur. He is the Managing Director of Noida based Deki Electronics.