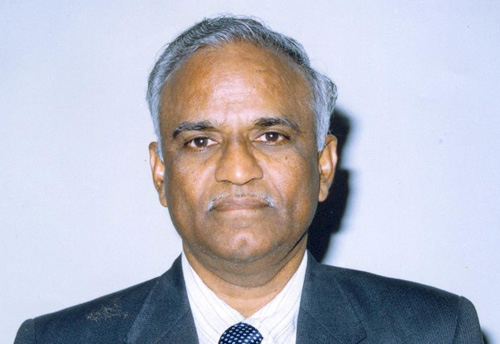 India has been the cynosure’s eye in regard to the announced growth of 7.1% for 2017-18 in spite of fall in manufacturing growth and wavering agriculture growth. Analysts have various expectations ranging from 7.5% for the next fiscal even amidst fears of rising inflation expectation from the RBI.

The much touted macroeconomic fundamentals, EODB rankings not withstanding are shaken with frauds and scams surfacing day after day in the financial sector. Good economy and bad banking are strange bedmates.

Contextually, Kenneth Rogoff aired concerns about ‘the ethical and social implications of material growth’ in his most recent Project Syndicate article. In a country where 500 billionaires are expected to take decisions for 23-34% of the population that is poor, such concerns surrounding inclusiveness of growth will be a concern.

The way we measure growth appears faulty and the manipulative statistics to suit the political agenda giving macro economy the look of strong fundamentals and the increasing focus on the movement of share indices – that is basically an index of the corporate wealth movement, are distortionary providing a lever for the rich to play upon their resources adverse to the national interest of inclusive growth. We need to measure the Happiness Index. Increasing focus of budgets on health and education with definite measurable outcomes is the only route.

While the output related IIP and the input related PMI of recent times are showing up in the manufacturing sector, sustainability is on a weak wicket given the Corporate failures and tottering telecommunication sector.

Focus on rural infrastructure and agriculture at this point become relevant. It is a moot point whether loan write off of some states is the right solution for the farmers’ woes. Farmers are misled and they unite only under sterile leadership. Little did they ever realize that by frequently demanding such write off they created a deep mistrust in lending institutions and walked into the trap of money lenders instantaneously because debt and farming are inseparable universally.  Solution lies in reforms to the Agriculture markets, price discovery mechanisms for the farmers, crop planning and efficient delivery of inputs. Government of Telangana could prove a worthy model in this regard and the future would decide the efficacy of institutional transformation results.

Another important aspect is that the injustice to the weaker sections has regional disparities. Some States like Tamil Nadu, Kerala, Telangana etc., have performed well while the others did not on Human Development Indices. Best practices of some states are not picked up by the other states that continue their feudalistic practices.

The Ma-Baap attitude of the Union and State Governments is now being questioned for good with the people asserting their rights due to higher literacy rates and visual media within the easy reach. Though the earlier marginalised sections have occupied seats of power both in politics and bureaucracy their contribution to correcting the situation is minimal and this aspect is mainly responsible for the imbalances in the economy.

In democracy, admittedly, consensus on issues concerning the inclusive agenda does not get so instantaneous approval as the salaries of Parliamentarians or gubernatorial posts. Whenever Elections are ahead, the interests of the poor get widely discussed. This is where ‘ethics’ come into play. This is manifest in unemployment growth; inflation; rural urban disparities and the social unrest in areas neglected and people unattended.

What worry me are the technological innovations like the AI and MMT, IoT that take away more jobs than they create. I love the technologies that really are helping access to information in real time, transparency and more accountability. But the perilous consequences of intrusion into privacy, scope for fraudsters and manipulators getting an edge over the right doers, making persons and institutions slave to technologies are no insurance for sustainable employment growth in the economy.

I notice that there is maturity in our democracy and more and more people are voicing their concerns and political activism could be the answer if there is proper leadership and mentoring of the activist groups. Protection to the activist groups from the powerful also needs emphasis in such context.

In spite of 73rd and 74th Amendments to the Constitution, those states who are seeking legitimacy of the Federal structure have been found to be defaulting in recognizing the power of local bodies both in political and financial terms.

In the Federal context, it is the view of some political analysts whether the country can have two Deputy Prime Ministers – one representing the North and the other South, as there is a feeling of total neglect of Southern States in certain key economic dispensations.

Alternate institutional mechanisms, political stability, bureaucratic reforms and eternal vigilance are the remedies and eminent persons of stature who have a vision for the future would make a significant contribution in driving them. They would eventually also reduce the sovereign risk and bring about stability in domestic markets.

The author is an economist and Risk Management Specialist, the views are personal.