Impact of Enhanced Standards for Credit Rating Agencies on SMEs 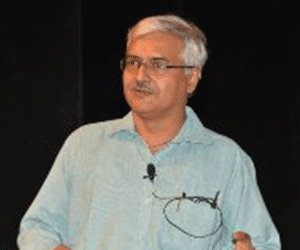 Impact of Enhanced Standards for Credit Rating Agencies on SMEs

The year 2015 saw a sharp downgrade in the credit rating of Amtek Auto leading to redemption crisis in J P Morgan Asset Management Company. The rating agencies came in for a lot of criticism. Year 2016 posed a similar position for the rating agencies; however, they were cautious this time and took care in staggering the downgrade, though in a short span of 6 months’ time from AA to D. Notably, Jindal Steel and Power being one of such downgrade did not attract media attention, nevertheless students of credit risks and some investors were justifiably disturbed when the weak indicators and credit metrics that were already visible for more than a year were not considered when initial ratings of AA were assigned to Jindal Steel (see our detailed blog on the subject at https://crededge.wordpress.com/2016/10/10/an-astonishing-account-of-credit-rating-actions-by-cras-aa-to-d-in-6-months-jspl-rating/).

Possibly taking into account such rating actions, clearly indicative of sub-standard analysis, SEBI decided to come up with Enhanced Standards for Credit Rating Agencies on November 1, 2016 (see http://www.sebi.gov.in/cms/sebi_data/attachdocs/1477999985100.pdf). The enhanced standards have been issued as guidelines with a direction that the guidelines be effectively implemented within 60 days i.e. not later than January 1, 2017. The guidelines cover major areas such as:

Given the backdrop of Amtek Auto, Jindal Steel & Power and similar other cases, SEBI has now prescribed standard format for press release, mandating credit rating agencies to disclose the rating transition and history of all instruments of the company rated, in the past 3 years, irrespective of whether the rating is outstanding or not, on the date of the press release. Welcome change indeed! The enhanced standard is expected to bring-in more transparency and hopefully greater accountability on the Credit Rating Agencies.

While the disclosure of rating history for 3 years are welcome from the point of view of greater transparency and accountability on part of Rating Agencies, the disclosure guidelines prescribed are likely to have a negative impact on the SMEs. Attention is invited to -

Prima facie the guidelines are positive, and in my personal capacity I welcome it. However, on a deeper consideration, it is felt that in view of the revised guidelines and enhanced standards for Credit Rating Agencies, they are likely to adopt a more conservative view on issuers by providing lower ratings whenever there may be even an iota of doubt. Mistakes like Amtek Auto and Jindal Steel bring in greater scrutiny and increased regulatory oversight. Rating Agencies don’t have anything to lose by being more conservative. Under regulatory environment where there is an implicit need imposed by the regulators for issuers to get their issue credit rated, there is no business-loss or sales risk as well for the Credit Rating Agencies.

On the other hand issuers, particularly SMEs have much to lose. The stakes for SMEs are very high – in addition to the business and operational stake, reputational stake, where below-par ratings get disclosed would tarnish their image in eyes of their customers, suppliers and also the banks. It may impact future business potential as well. It may also be noted that most SMEs have never got better credit rating (investment-scale ratings). It is a well-known secret that the primary metric considered while rating SMEs, is their operating scale and not much their credit behaviour or credit-worthiness (based purely on the assumption that larger companies have better withstanding capacity from external shocks). As such, hardly any SME with a turnover of INR 500 million (exceptions being SMEs with strong parentage in the form of subsidiaries of large corporates or multinational companies) can get an investment-scale rating of BBB- and above. As there is a strong linkage of collateralisation of credit exposures with the credit rating enjoyed by the issuer, most SMEs find it difficult in getting adequate credit for want of acceptable collateral security from the banks. Incidentally, paying higher interest rate due to low credit rating or ‘speculative’ credit rating is still acceptable to many SMEs.

Therefore, there is a strong need for some measures, namely

I do hope that the efforts to bring in greater transparency and accountability for Credit Rating Agencies and other regulatory mechanism in the form of Basle norms for banking sector acts as an enabler for the economy without creating hurdles in the growth of the SME sector.

About Author: Rajesh Dubey is the Partner with Mumbai based SME BOTS LLP, a firm advising smaller companies on IPOs. He is also the Financial Advisor to FISME