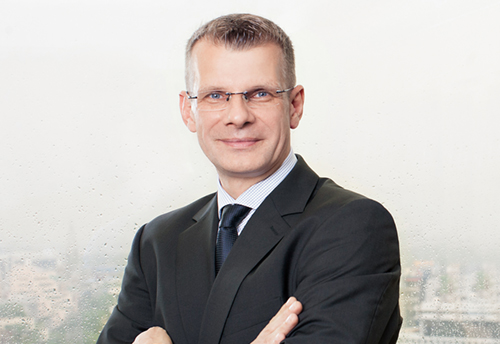 The clock is ticking and we are getting closer to the day of the release of the Union Budget. The clock is also sounding several alarm bells on the global economic front with several uncertainty, slowdown and recessionary trends. As we start the year 2016 on a pessimistic note on global economic front, the memories of the economic crisis from 2008 are still quite fresh. During the economic crisis in 2008 to 2010, Indian economy proved itself to be strong and resilient due to inherent strength driven by domestic consumption.

The GDP growth in India has surpassed the growth rate of China during 2015. The Budget 2016 should include all possible allocations needed to sustain the growth. There is no better way than to wholeheartedly support the campaign like “Make in India” to withstand the challenges arising out of global economic and political conditions.

There is no need to elaborate on the importance of GST implementation and benefits which can be gained through land reforms. These are subjects already in discussion since last budget.

There is a need to look into applicability of the taxes on rental costs for the industry. The rental cost currently is subject to service tax of 14.5 % and is attracting tax deductible at source of 10%. If rent is considered as services being provided, TDS should not be charged at the same rate applicable to interest in deposits. In case of the rent being considered as return on investment, there should not be any service tax applied on the same.

There are lot of difficulties for the industry in managing the records of tax deducted at source and subsequently collecting tax certificates. For the benefit of revenue and to simplify processes, the tax payer who deposits more than 75 % of the estimated tax liability of any assessment year before beginning of the assessment year should be given benefit of the concession in the tax rates and exemption from the deduction of tax at source.

There is a need for efforts to speed up the process for approval for change of land use. There are significant parcels of land in and around metro cities under agricultural land category. If there is no agricultural activity over past 8 to 10 years, they should be allowed to be converted into commercial use. This will create ample space available for construction of quality warehouses and significantly reduce storage costs and at the same time increase the land revenue for the Government.

In support of the Eco-friendly logistics, the budget should provide special incentive for use of solar energy in the warehouses. The increase in efficiency of the railway network, improved conditions of the express ways, timely completion of fright corridors and development of coastal shipping routes will add significant value towards environment friendly logistics and supply chain.

There can also be inclusion of actions related to simplification of processes and effective use of digitalisation in the budget process. This remains unattended to quite an extent in the previous budget processes. There should be a forum set up to address the same.

Not to forget at the end that the key to unleash the power of the Indian economic growth lies in the speedier implementation of various projects and reforms post announcements.