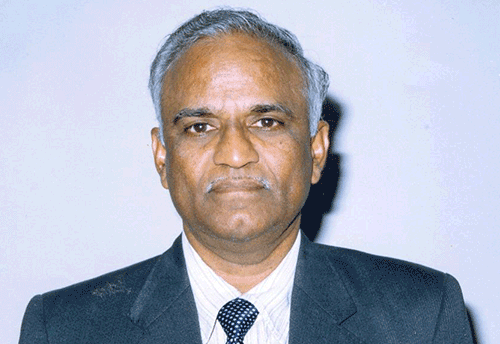 Most environmental economists in all the international fora admitted the cause and consequence of global warming resting in pollution – air, water, sound and atmosphere. It is difficult to analyse the problems relating to costs and benefits. For example, the benefits are reaped by the present consumers of nuclear power; the costs, if any, are borne by the future generations that must live with the nuclear repositories. Market failures are generally attributed to environmental disorders and corrections to them should be the concern of government policies.

Although we have for two decades been making noise on renewable energies, safe water – source and disposal issues, air pollution, etc., solutions continue to defy as different players that do not exclude government and its agencies could not fix the costs and benefits and appropriately involve all the stakeholders. It is this context that renders this conference extremely relevant. Some State Governments have attempted financial incentives to engage in Resource Efficient Clean Production technologies by the industry. It is a moot point whether financial incentives are a better option than fiscal option when it comes to tracing, tracking and rectifying the distortions caused with certain uses of technologies.

Aggregate emissions appear to have peaked looking at smog in all the urban environments. Suspended particulates (soot) are worse in rural areas which are in low income turf of the economy. One of the major nonfuel air pollutants is chloroflurocarbons (CFC), substances that lead to deposition of the stratosphere ozone layer. Acid deposition is a regional problem and deposition of sulphur and nitrogen-based acids potentially harm the fish and fauna. Forest wealth is the worst affected in the process. Toxic chemicals in the environment have been problems for decades. With pesticides finding their merry journey into food chain are causing havoc.

While regulation has been put in place through Environmental Protection Act, differences in pollution control regulations from one state to another can influence comparative advantage within the Federal Republic of India. The Pigouen principle of ‘Polluter Pays’ has demonstrated failures in implementation. Ambient standards are generic federal standards that apply throughout the country. They are used to establish source specific emission limits. These determine the pollution limits.

When UNIDO seeks Partnership For Action On Green Energy (PAGE), and Transfer of Environmentally Sound Technologies (TEST), on important principle seems to have been bypassed – Environmental Kuznets Curve. The curve moves northwards for the nations till they become rich, plataeus thereafter and downwards for the poor nations.

Many of tomorrow’s problems will arise from a significantly global problems originating from the richer population. In our efforts to grow rich, we have been exploiting natural resources from a point of abundance to scarcity.

RECP is right if it preserves the integrity of the ecosystem and wrong if it does not. Social choice should prevail over the individual benefit. Such choice is determined on the Pareto optimality concept. The costs of transfer, as long as they benefit larger among the two groups or sectors of choice, the left over group should not be worse off than before. Marginal efficiency of capital decides the Pareto contour and determines the price of transfer of technologies.

Having laid out these broad principles, it is worthwhile seeing the implications on the larger industrial production community, the MSMEs, whose financial muscle is poorly endowed. Operating in debt markets, will they be able to invest in RECP? They live in the eternal conflict of survival dynamics. To them, environment and development run counter to each other. As long as regulatory costs are within their competitive cost curve, they would comply with them. If the costs of regulation exceed the benefits, they try to find ways to deviate from the regulation as long as their products and processes are accepted in the market.

Trade off between input costs and output prices in RECP is not scale neutral. Banks and NBFCs lending to the MSMEs that adopt RECP have no different formula for appraisal nor do they offer incentives to them by way of better credit rating and better pricing of loan compared to others. Investments made in RECP are invariably of long term nature and term loans are best suited with longer gestation periods. If the price of their products were to absorb the costs their products have the potential of becoming uncompetitive. Therefore, any investment external to the internal technological processes should be coming from either the BDS providers or the governments or both on PPP mode.

One of the surest ways of incentivising them is providing carbon credits to the individual enterprises in MSME sector that would enhance their competitiveness in adoption of RECP practices. Green Industrial Parks are emerging in several states. Their sustainability depends upon the price they get for the investments. It is difficult for credit institutions to factor this and price the risks. Fiscal incentives prove better in such situations.

*The author is an economist and risk management specialist, presently serving as Adviser, MSME sector, Government of Telangana. The views are personal.