The Way Forward for Manufacturing MSEs 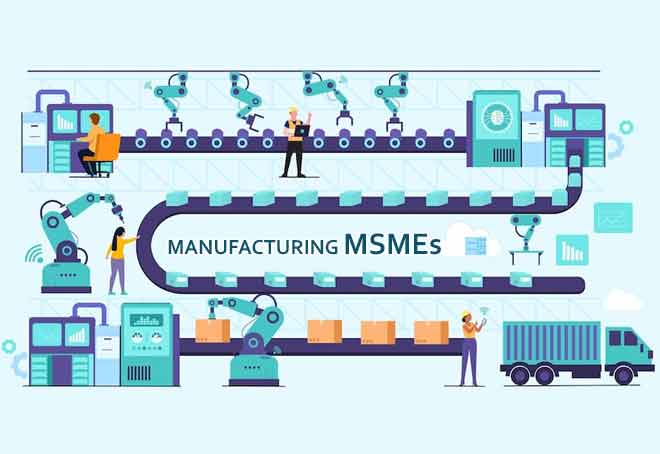 The Way Forward for Manufacturing MSEs

-- Despite the MSME Development Act, 2006, and Atmanirbhar Bharat Abhiyan package in the pandemic the manufacturing micro and small enterprises (MSEs) continue to suffer in the areas of credit, supply chains, and technologies. Mid corporates or the medium enterprises constituting just two per cent of the total MSMEs get better attention than the MSEs under the law. If after 15 years of a law meant for them, did not provide answers to their problems, it is better we seek a proper recourse to the law itself.

Access to credit continues to be difficult for the MSEs because lenders consider them high risk and expensive supervised credit. It is good to look at a 2004 report of the RBI Working Group on Flow of Credit to SSI sector that suggested adoption of the “4-C approach: Customer focus, Cost control, Cross-sell and Contain risk. In the context of increasing pressure on banks to lend responsibly and adequately as also in time, banks would do well to extend credit in clusters and industrial estates/industrial parks and Special Economic Zones (SEZs), that would reduce information asymmetry, provide better inter-firm comparison, and render cost-effective monitoring of the credit.”

The moratorium for term loans should be a minimum of 18 months and a maximum of 24 months or at least 6 months after commencing commercial production. Public sector banks in India open working capital accounts ahead of the units’ commencing commercial production. They debit quarterly interest on term loan to the working capital account instead of capitalising interest in the project cost, making the account irregular or NPAs even before those enterprises became productive. Banks should be, therefore, mandated to operate the working capital only after the trial production starts and not before. Cash-flow-based lending for working capital as recommended by the UK Sinha Committee in 2019 would be the best option for banks and this requires that banks should move their technologies and appraisals in this direction.

Although co-lending has been allowed among the Banks and NBFCs, since the co-lending institutions should have compatible technologies, the strategy has not made enough strides. It is a fact that the commercial banks’ interests are more with the large among the small and medium-sized enterprises in manufacturing accompanied by collaterals than the micro manufacturing enterprises as the latter require more manpower to handhold, counsel, monitor and supervise them to prevent them becoming non-performing assets.

RBI bank rates were constant, ranging between 4.25 to 4.65 ever since the pandemic broke and it goes to the credit of the RBI for maintaining financial stability by making sure that liquidity of the system is not affected by infusing more than adequate capital into the banks. Government of India announced Atmanirbhar Bharat Abhiyan to push the firms on margin get incremental credit to stay in businesses. When we see the data relating to outstanding credit to the Micro and Small Manufacturing Enterprises (MSEs) in the chart, ‘not all the perfumes could sweeten the little hands.’ Credit outstanding, that represents the stock and not the flow, for this sector has been reflective of continuing risk aversion of the banks.

Thus, with these two primary variables remaining uniform, it was unanticipated to find that the credit outstanding at the MSE levels were fluctuating exceptionally.

From the above table, it can be clearly inferred that Quarters 2 in 2020 and 2021 were hit negatively. With the GBC flowing out in a linear path, the expected outcome for the MSE sector has to be in line with the GBC levels, since they front-end the supply chains of the medium and large industry. But with the negative outcomes glaring, it projects a different picture comprehensively.

If the Banks had extended the Atmanirbhar Bharat incentive of moratorium and incremental credit during the period June 2020-June 2022 even to those who deserved it (more than 60 percent as some studies revealed, the share of MSEs in GBC should have been impressive instead of wild fluctuation in the credit outstanding. Progressive increase in outstanding credit was impressive during the year 2020-21 while in the very subsequent year, the huge increase during the first quarter of 2021-22 fades to a negative 2.584 percent. The jump in the very subsequent quarters should be attributed to the banks’ reclassification of the MSEs according to the new definition announced in June 2020 and the new registered units under Udyam Aadhar portal.

While the outstanding credit in the first quarter of 2021-22 increased by 5.307 percent, during the first quarter of 2022-23 it was just 0.596 per cent. Such a large decline only indicates the continued risk aversion of the banks. The chart below showing month on month variation clearly indicates the very wild fluctuations in the stock of credit to the MSEs compared to the medium enterprise sector. While the medium enterprise sector credit stock peaked during November2021-January 2022, it nosedived in March 2022. Banks must have put pressure on the enterprises to reduce the outstanding credit for managing their balance sheet provisions.

Enactment of a separate law with a bias to manufacturing would help realise the broader goal of financial inclusion as part of national strategy, promote innovation in manufacturing, and help employment generation. Focus on agro-industries and agribusinesses that would provide value addition at the farmgate level to the farmer and the resultant impetus to the MSEs in rural and semi-urban areas; separate budget allocation for the MSE sector would be possible if they have a focused law. Incentives can be redirected to MSEs that have focus on local employment generation. Emphasis on skilling, re-skilling and upskilling in the manufacturing sector would generate employment of welders, mechanics, architects, carpenters etc. The proposed law that has employment as one of the criteria to define them would prevent labour from migrating to urban and metro areas.

The doctrine of proportionality in legal dispensation is imperative in this land of diversity both in demographics and geography.

District Industrial Centres (DICs) as delivery channels need redirection, restructuring and resources. They should give a welcoming ambience for the investors irrespective of the size and nature. They should have e-library access to update their knowledge in technologies and regulations. The DICs that have vacant space after leaving for green shoots should be enabled to monetise the asset. Newly set up DICs should be in specific production zones and their layout investor friendly. Make labour participate from inception in the industrial parks and estates – creches, schools, playgrounds, retail complexes and housing -- to ensure their optimum use.

Most MSEs cannot build their own brand image as it is expensive and eats into the cost of the product. Several MSEs do not also know how to price the product and, therefore, pricing of a product to enhance competitiveness should be part of structured training programmes. Several manufacturing micro enterprises tend to cut costs at the expense of regulatory compliance – labour laws. If the medium and large enterprises are enabled to invest in micro and small, a portion of their CSR towards the compliance costs - the sector has the potential to be globally competitive.

Growth with equity would help the bottom of the pyramid in industry secure the intended benefits and become competitive.

This proposed law can seek disclosures that are essential for the sector overriding all the other enactments covering environment, minimum wages, insurance, and social protection. The 28 labour related laws were brought under the Labour Code last year. The other laws, financial (4), infrastructure (7), Business structure (3) and 5 other central laws apart from around seventy product control orders impact the functioning of MSEs.

MSME Development Act 2006 gave exemptions for only 12 of them to reduce the inspection burden. There were sixty-four (2004) inspections that were brought down to 12 in a few progressive states - AP, Telangana, Tamil Nadu, Kerala, Karnataka, Maharashtra, Gujarat, Haryana, and Punjab. Uttar Pradesh and New Delhi Region.  A single Law should regulate the MSEs and not so many as above and facilitate collateral-free lending and revival and restructuring of every functioning manufacturing MSE within the regulatory oversight of the state governments.

Each state should enact Industrial Facilitation Act in the first six months after the new MSE Law becomes effective and this law should have Regulatory Impact Assessment as a key chapter with the proviso that the Minister concerned, both at the Centre/state, should present the status report relating to the impact of the Act on its subjects.

Next-generation growth policies should target the MSEs and find ways to increase their productivity. “The reality is that a few firms will grow to become national champions. But by offering a range of public services – help with technology, business plans, regulations, training for specific skills- governments can unlock the growth potential of the more entrepreneurial among them. The provision of such services can be conditioned by the government monitoring and soft-employment targets” (Dani Rodrik 2020). One implication is that growth policy and social policy will overlap enabling poverty reduction and enhanced economic security and make inclusive growth a reality.

Disclaimer: The writer is an economist and risk management specialist and author of The Story of Indian MSMEs – Despair to Dawn of Hope. Views are personal.